Rise in Ankle Monitoring and House Arrests During the Pandemic 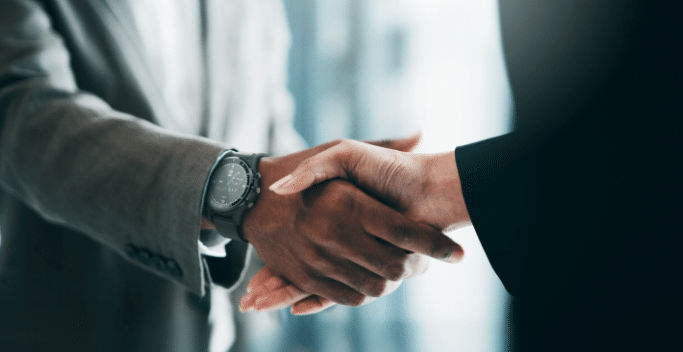 At the onset of the pandemic, when world governments required people to return to their homes to prevent the spread of COVID-19, prisons all over the world did the same for many of their prisoners, enabled by an old, long-used tech device, the ankle monitor.

Though there have been issues with the technology, electronic home monitoring has kept jails less populated and made them less prone to be hot spots for the COVID-19 virus. And because of this, they’ve become a hot item on the market for law enforcement professionals.

In the midst of being used as a preventative measure against COVID-19 spread, Bloomberg reported a drastic increase in demand for probation ankle bracelets, with many governments estimating a 25–30% increase in inmates wearing the technology. The U.S. alone placed over 4,600 additional inmates in home confinement, a 160% increase.

“Coronavirus gives electronic monitoring companies an opportunity like they’ve never had before to expand,”

– James Kilgore, director of the U.S.-based parole reform project Challenging E-Carceration (who also once wore his own ankle monitor for his role in various 1970s crimes).

This bloom of usage is brought about by the many benefits inherent to ankle monitoring and their GPS location systems.

The Beauty of Monitoring

Ankle bracelet monitors are an alternative to incarceration, giving people freedom to move about in the world. And while participants are restricted, it can provide the freedom to get back to work and care for their family and friends, which can help provide a positive start at a second chance.

But ankle monitor GPS is not without its issues, which have been highlighted over the years.

Kate Weisburd, Associate Professor of Law at George Washington University, and some of her law students released a 2021 study calling GPS ankle monitors “Electronic Prisons.” In it, they highlight the potential downside of monitors, including undermining family and social relationships, jeopardizing employment (as well as financial security and housing), violations from false alarms, and more.

Others have commented similarly, questioning the high cost for participants, regular discomfort, and negative ramifications of the social stigma. Others have brought up that, in general, ankle monitor house arrest is a confusing experience.

An article last year from NBC (which also quotes Weisburd) quotes Kelly Mitchell, executive director of the Robina Institute of Criminal Law and Criminal Justice at the University of Minnesota, saying electronic monitoring can be helpful from a probation officer’s perspective when keeping track of individuals who have committed more serious offenses or violent crimes but would still benefit from being taken out of the jail system.

“Electronic monitoring can provide a little bit of extra something to monitor that person for a period of time if we decide that we’re ready to give them a chance in the community,” Mitchell said.

One challenge with ankle devices is that GPS readers are often faulty, causing a host of problems.

False alerts unnecessarily bring out police, waste time and money, while increasing the stigma and potential embarrassment for anyone who’s wearing the monitor, and can even lead to further arrest and incarceration for breaking the boundaries of their parole.

One report, by the University of Chicago’s Radical Innovation for Social Change lab, says 80% of alerts are false alarms.

Other reports vary slightly in percentage, but 80% (or similar) is a massive risk when it comes to people’s lives and livelihoods.

In the midst of this nuanced debate around the benefit of ankle monitor bracelets, tech company Talitrix is hoping to change the landscape and provide location tracking systems and case management solutions that address some of the shortcomings of the traditional ankle monitor.

They’ve created a wearable GPS monitoring device that removes the stigma around anyone wearing it. It’s created to look, and act, as a modern watch that’s worn on the wrist. This eliminates the visual cue of guilt and shame that is often associated with wearing an ankle monitor, as most people are unaware the electronic monitoring device is anything but a watch or fitness band.

Beyond that, there are other benefits, including a backup system to prevent the false alerts that can be so debilitating and destructive for the wearers of ankle monitors. This is not only a technological advancement, but an emotional one, as participants can be encouraged that their GPS monitor will be much less likely to malfunction. And all alarms can be addressed by Talitrix’s 24/7-monitoring service.

In addition to these industry defining breakthroughs, the Talitrix band has improved on some of the already-positive attributes of old ankle monitors.

Battery charging is a simple and quick 45 minutes and lasts up to 4 days, compared to old ankle monitor charging which can take 2 hours or require two 30-minute charges throughout the day. It may seem unimportant, but this basic change can be a substantial help for people trying to live their lives and without having to plan their day around charging their GPS ankle bracelet.

The Talitrix wristband uses the latest GPS technologies and a proprietary algorithm to track location in real-time. The band also has a tamper-proof design that provides double verification both mechanically and electrically, sending an alert every 15 seconds.

The band also works in conjunction with a mobile phone app, that makes all usage easy to manage, including curfews, chats with parole officers, event reminders (like hearings), important documents, and instant notifications.

If all of that wasn’t enough, the app has built-in video capabilities, as well the option for periodic photo and biometric check-ins.

There are also geofencing capabilities that can be set up for restricted perimeters, curfew monitoring, and protecting victims.

For many decades, law enforcement agencies had to choose between different versions of similar ankle monitors that—while they had important benefits—had many problems for them and those wearing them. That’s no longer the case.

Talitrix’s offer is dignified, smarter, and integrates more into the daily life of a person who is waiting to be cleared of charges or who is trying to rehabilitate their life. As law enforcement moves further into the 21st century, Talitrix offers a solution that is both more effective in the work, but also in treating people like humans along the way.