The law is complicated, in large part, because life is complicated. Most trials are highly nuanced like many-sided diamonds offering numerous perspectives that make up a whole stone. Such is the case with the conversation around ankle monitoring as a form of keeping track of people on probation or awaiting trial.

Some will say GPS tracking devices are put in place to protect crime victims and to prevent there being more victims, all while maintaining order around the participant’s activities. Others believe ankle monitors can restrict the freedom of people awaiting trial who may ultimately be judged innocent. While many believe GPS tracking is the perfect solution for giving participants the freedom they need to continue working and parenting instead of adding to the populations of already-crowded jails.

Which perspective is more important? Who wins out? Does there need to be a choice?

The idea of surveillance devices being worn by alleged perpetrators is not new, but what is new is how those programs are becoming more tailored for the benefit of the alleged victims.
In Guilford County, North Carolina last year, for example, the local government rolled out Caitlyn’s Courage, a new program that they use to track alleged domestic abusers before trial. It was created after the death of a women by her then-boyfriend in a murder-suicide that occurred after he’d been arrested and awaited trail.

In Guilford County, North Carolina last year, for example, the local government rolled out Caitlyn’s Courage, a new program that they use to track alleged domestic abusers before trial. It was created after the death of a women by her then-boyfriend in a murder-suicide that occurred after he’d been arrested and awaited trail. .” —Catherine Johnson, director of the Guilford County Family Justice Center.

Advancements from this program include the victims playing an active role, as they can choose to be notified whenever the suspect-in-question comes within three miles of them. This geofencing option changes the standard for GPS monitors. In addition, newer devices can also trigger calls to the suspect to speak with them in order to potentially clarify the situation or discourage them from any ill-intended behavior. Caitlyn’s courage has been so popular it’s spread to many counties throughout North Carolina.

And not just North Carolina, programs like this have recently been springing up all over the country, allowing victims the possibility of feeling significantly safer.

“I’ve had survivors share with me that it feels so much stronger than some of the other measures that they were using such as filing for a restraining order. We’ve seen a real shift in the accountability measures being taken against abusers which is certainly increasing the safety in our community.” Johnson added.

In consideration of suspects rights, there are three main aspects at play. One is that some suspects are innocent. Two is that all suspects, whether innocent or not, are still humans who deserve to be treated with certain inalienable rights, including the freedom to work and care for their families.

U.S. law is built on the principle of innocence until proven guilty and generally seems to frown upon infringements of this right. In 2015, Supreme Court Case Grady v. North Carolina, the Supreme Court found that the use of ankle monitors constitutes a “search,” which if constituted as “unreasonable” would be a violation of the Fourth Amendment right to privacy.

“The Supreme Court found the GPS monitoring program to be more than plainly designed to obtain information, stating simply that ‘since it does so by physically intruding on a subject’s body, it effects a Fourth Amendment search.’”

How “reasonable” a search is falls on the shoulder of the court, as made precedent by the Samson v. California verdict, whereby it says “The reasonableness of a search depends on the totality of the circumstances, including the nature and purpose of the search and the extent to which the search intrudes upon reasonable privacy expectations.”

And the fact is, until the trial is completed (leaving aside momentarily the instances of probation) it’s not been announced whether the participant has been found guilty, so it’s best to tread lightly with the idea of taking away rights of the individual.

Whether innocent or not, treating humans with the respect and dignity that freedom of movement brings may be considered widely beneficial, with people able to live according to their choices, inhibited only by the stipulations on their GPS locations. This is a major benefit of GPS monitors, in that they grant not only freedom from incarceration—particularly of low-risk offenders—but the freedom that affords, to be able to move about in the world, able to work and parent while on probation or awaiting trial.

All things considered, there is a lot of nuance around the two perspectives: caring for the continued safety of former victims and the freedom of citizens prior to being convicted. And the reckoning between the two deserves to be nuanced as well.

Wouldn’t the ideal solution protect victims and keep low-risk offenders out of crowded prisons while eliminating the stigma associated with ankle monitors?

The team of technologists at Talitrix have created the first independent GPS tracking device designed to fit inside a modern wristwatch. The Talitrix Band offers superior tracking with less drift, thanks to GPS components ten years ahead of many ankle monitors. More accurate tracking means fewer false alarms. And because the stylish design looks like any other fitness band, participants can work and socialize without the negative societal stigma attached to the dreaded ankle monitor.

Knowing this technology exists can help victims feel safe, confident they’re being protected by a tamper-proof geofence that will alert them (and police) when trouble is within a designated perimeter. And for participants who are following the rules, it provides an accurate record that may help them prove their innocence.

While this may not be the end of this heated conversation, it’s a big step toward protecting the rights and safety of all parties involved. 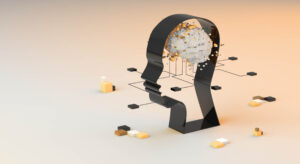 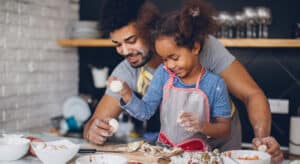 There is More to Monitoring than House Arrest 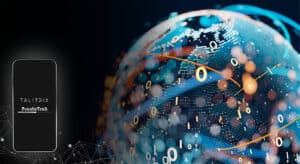 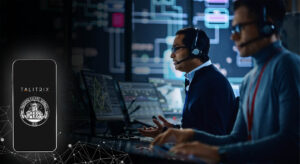 Paulding County and Talitrix Partner to Create a Safer Community

Please enter your information below and a Talitrix team member will
contact you to schedule a demo. 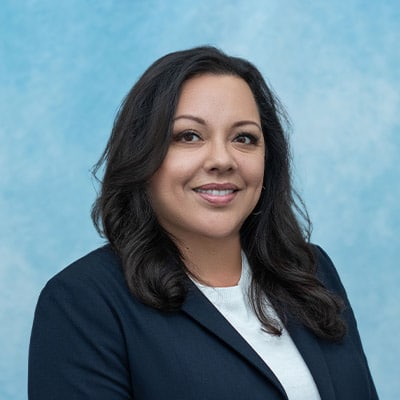 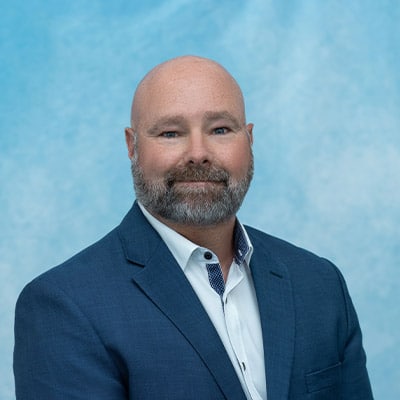 Ricky Myrick joined the Talitrix Team in January 2021 where he serves as a member of the business development team. Prior to joining Talitrix, Myrick served as the Chief of Staff to the Georgia Department of Corrections (GDC), where, under the direction of the Commissioner of Corrections, he was responsible for daily oversight of the Georgia Department of Corrections (GDC). The GDC has an annual operating budget of just over 1.2 billion dollars and employs approximately 12,000 staff. Approximately 52,000 offenders are incarcerated in the GDC’s 34 State Prisons, 13 Transitional Centers, seven Treatment Facilities, and seven Detention Centers. Myrick worked over 31-years with the GDC and served in many roles such as Assistant Commissioner of Facility Operations, Director of Investigations & Compliance, Chief Investigator, Group Supervisor with the US Marshals Service Southeast Regional Fugitive Task Force, Assistant Director Special Operations, DEA Task Force Agent, Criminal Investigator, Lieutenant, Sergeant, and Correctional Officer. Myrick holds a Master of Public Administration from Columbus State University and a Bachelor of Science in Criminal Justice from Thomas University. 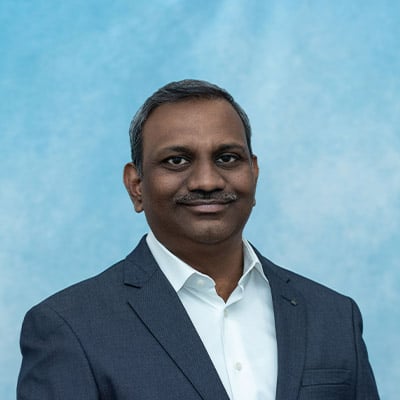 An Inventor and a strong Leader with Master’s in Business Administration, Hari has 27-year experience working with fortune 500 companies and various non-profits.
Previously, Hari worked as a CTO, at VirtueGroup & Sunsoft Solutions. In this role, he oversaw Strategy, M&A, Product management and marketing for Sunsoft and was Instrumental in building digital banking solutions for Investment Banking, Venture Capital & Finance by pioneering a patent pending BlockChain Technology that enables the PE & Hedge funds to be able to create equity baskets for value investing by leveraging the transfer price trade simulation methodology applied over the employee performance for companies in the equity basket. His constant pursuit of challenging the status-quo in any project he embarks on makes him the go-to person for all the clients and businesses he is engaged with.
Prior, Hari was IT Director at Young Men’s Christian Association (YMCA). He successfully oversaw the transformation of legacy association into a strong customer centric omni-channel membership organization by transforming the association to a CRM Heavy & Cloud Centric IT operations and consolidated all the branch operations into one large centralized data center, network switching, MPLS, SDWAN, Phone Systems, VOD, Printing Services, Member movement/Heatmap Management, guest Wi-Fi, digital signage, BMS, HVAC and emergency response.
Before joining YMCA in 2010, Hari worked as Sr. Manager & Client Executive for the Largest Grocery Chain in USA, where he worked with several applications in Retail POS, Forecasting, CAO, Customer Loyalty, Rules Based Pricing Engine, Warehouse Consolidation, POS Migration in Large Format Stores. 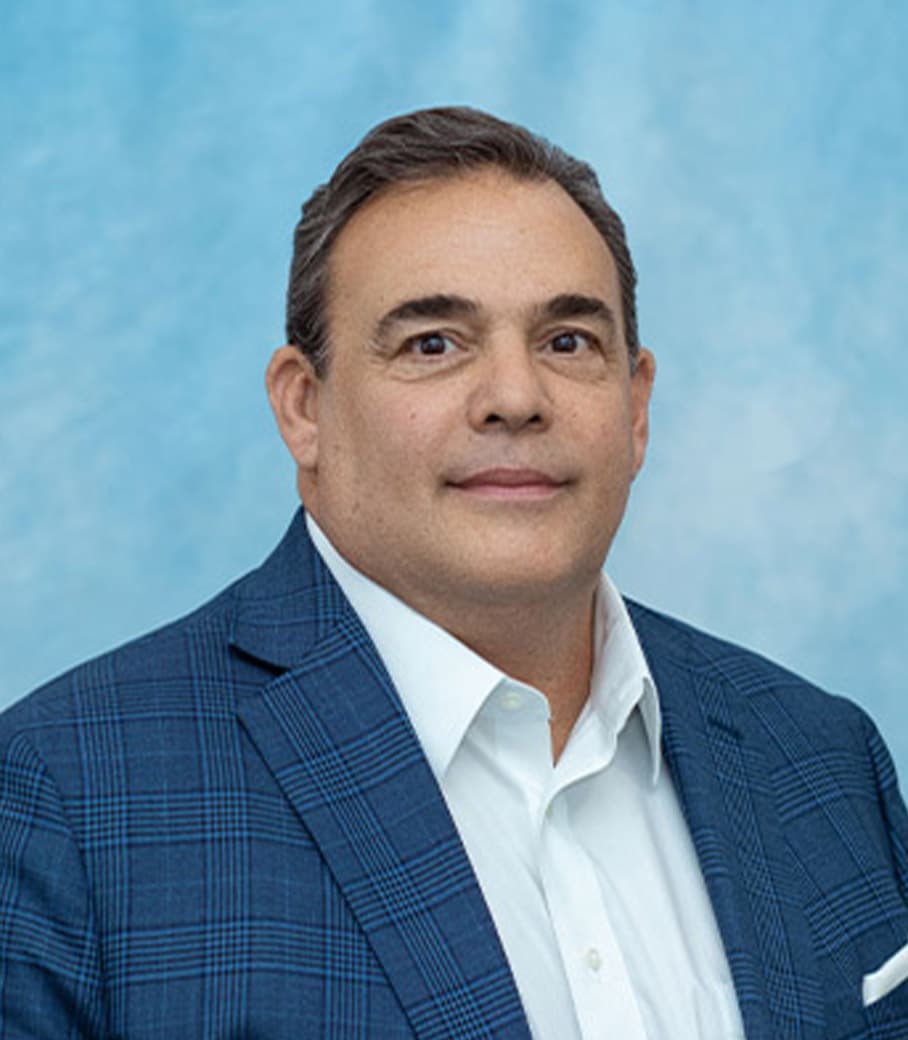 Todd was named Chief Revenue Officer of Talitrix in June 2022. Prior to officially joining full time, he was a consultant to Talitrix via the professional services consulting firm Strategic Growth Concepts Inc. As SGC’s President, the firm has spent the past 19 years as consultants and strategists for several international Am Law 100 law firms concentrating in insurance, construction, and environmental litigation. Prior to SGC he was Vice President for Harbor Consulting in Washington DC and spent 10 years in Regional, District and Gov’t management roles for AT&T Wireless. Buzek holds a bachelor’s degree in telecommunications from Kent State University. 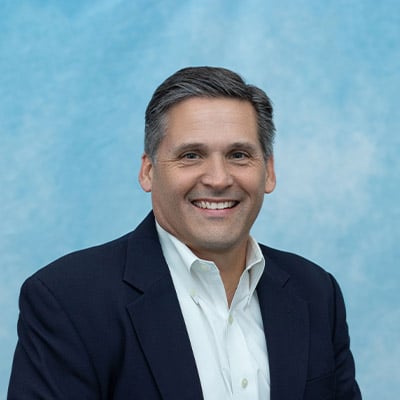 Todd Kieffer has over thirty years of leadership experience with a focus on delivering exceptional client services at companies such as Pitney Bowes, Ricoh Americas Corporation, Rubicon Global and Modicare. Todd built teams to service commercial clients, both mid-market and Fortune 500, and to local, state and federal government clients. Todd has specialized in managing through periods of rapid company growth, and his experience includes solutions for domestic and international organizations.
Todd earned his BBA from The University of Georgia and his MBA from The George Washington University. 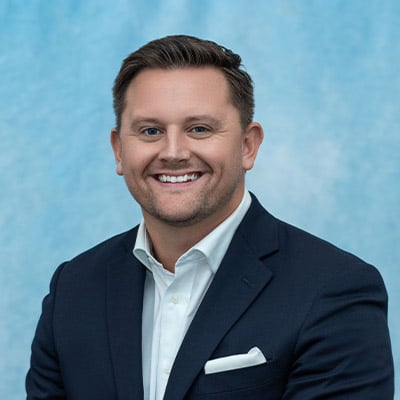 Justin Hawkins is the CEO of Talitrix and serves on its board of directors.
Justin is responsible for driving overall strategy, and vision for Talitrix, the first to market wrist wearable in the electronic monitoring industry. Talitrix specializes in pioneering new technology in pre-trial, probation and case management in the criminal justice space.

Prior to joining Talitrix, Justin began his career as one of the youngest sales representatives at Intuitive Health serving on contracts with Johnson & Johnson, and Amgen. Subsequently, Justin founded Compass Neuro, one of Georgia’s first medical cannabis oil companies that led the passage of legalizing the production and sale of cannabis oil for children, veterans and all other Georgia patients.